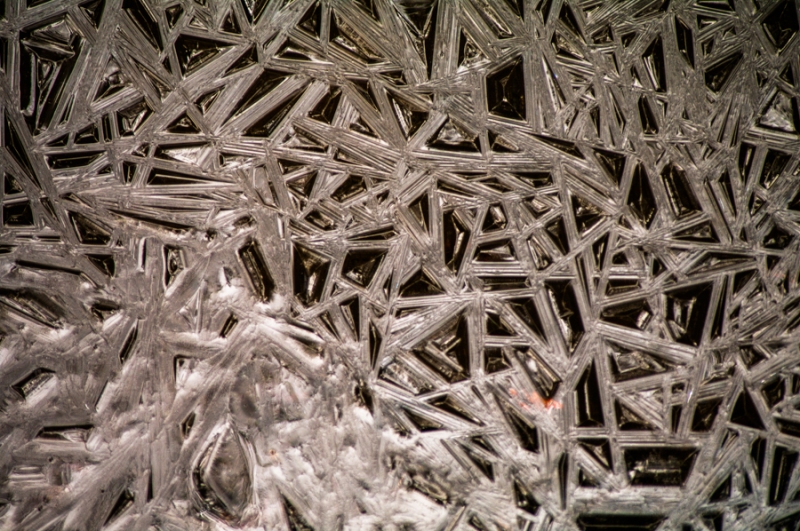 On the edge of ice

My friend, Rob, and I did get back out to photograph more new ice on Tuesday morning. Conditions were perfect with a clear, still night and temperatures in the ‘teens.

One of my favorite little streams in Middlesex was just fabulous and the light bright but not sunny. The water in many places was exactly at or slightly above freezing so wherever it slowed down or tumbled over rocky ledges—which were below freezing—ice formed in the many wonderful ways it does: 3-dimensional crystals, glasses lenses, or long intricate patterns. 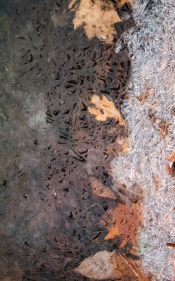 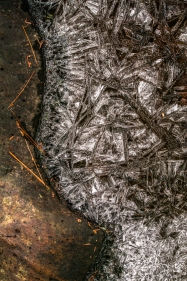 Interestingly, several hours later, just as we’d finished “working” the stream, the air temperature had risen—the water as well—and much of the new ice began disappearing. As we drove home rain began to fall—on roads that were in many places still below freezing—and quickly turned things to glass!

The rest of the week has been above freezing and the ice on most streams and ponds has turned back to water. As we are discovering on a global scale, a degree or two change in temperature can make quite a difference.

Older: New Ice Week!
Newer: Below and above the fog

3 thoughts on “On the edge of ice”