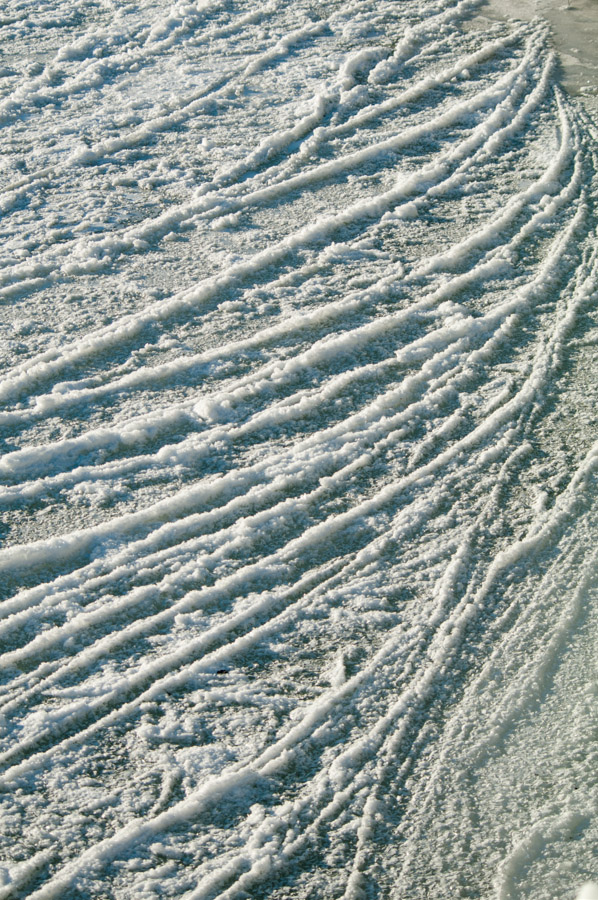 Ice along the Mad River

The Mad River is an amazing piece of work, one that often lives up to its name. When we had a warm spell and rain two weeks ago, the ice on many rivers, including the Mad, broke up, forming huge ice jambs along the way. In places the huge blocks of ice were piled twenty feet high. A few cold days later the water had subsided and begun to refreeze. My bet is much of the ice will remain until Spring.

With great care and wearing ice cleats and lots of clothes I walked in the sunny but sub-zero weather on the jumbles of huge blocks strewn all along the shore. In many places I could use the perch they provided to photograph the newly forming ice on the river below. The ice there was littered with flakes of frost the size of silver dollars. Though tempted, I resisted getting closer to them with a macro lens! In one spot, however, I found beautiful, delicate frost feathers where vapor had worked its way up from the river through the crevices in the ice jamb.

I love being out in this kind of weather, at least as long as I’m dressed for it, careful and can enjoy coming back to a warm house in the end. 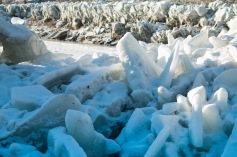 The power of the water moving this ice, here seen only as the pile remaining after the water subsided, is terrifying!

Add the low, bright sun and it all became a high-contrast scene that might have been beamed down from the Mars Rover!

The piles of flakes of frost that formed on the new ice were the size of silver dollars.

At a bend in the river, long ridges of ice formed. This was not a place to walk! 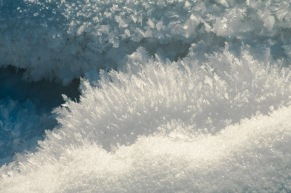 Up among the huge blocks of ice were “breathing holes” down to water, a source from which delicate frost feathers could form.

The contrast between this ice and the huge tumble of broken river ice was stunning.

4 thoughts on “Ice along the Mad River”