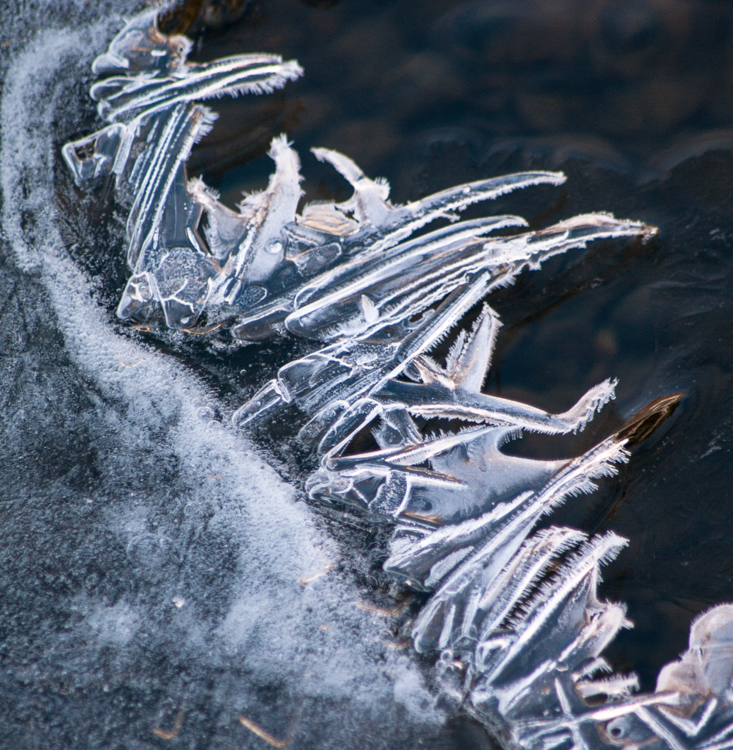 As we humans continue our shenanigans, the rest of the planet continues with the business of life—at least as best it can given our presence.

The laws of physics are unrelenting, of course, so the miracle of ice forming and melting is as astonishingly powerful as ever. There is no place more fascinating—even, if I may, magical—than being at the edge of a stream or in a low-lying swamp as the air temperatures drop below freezing.

Water is such that it changes from liquid to solid and back all in a very narrow temperature band, one that we frequently witness. What is less easily grasped are the tremendous energy flows involved—heat being released as ice forms and absorbed as it melts. This beautiful dance is not a simple one for my mind to follow completely. Of course the fact that these same forces are at play over the unimaginably huge polar regions of Earth is much more sobering than simply being photographically interesting. 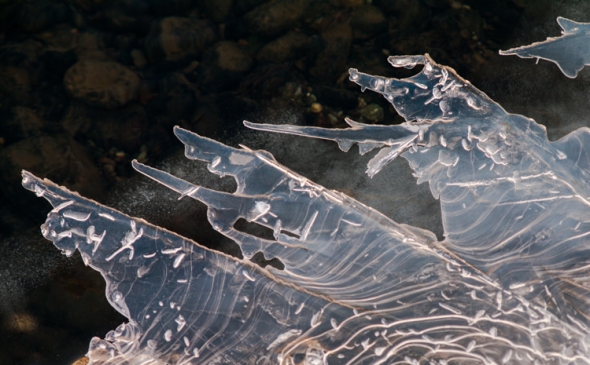 Ice typically forms first long the edges of rivers and streams, in this case the North Branch of the Winooski, where the water, flowing more slowly, is not kept “warm” by the main current. The patterns of ice yesterday told the story of several temperature and water level fluctuations over the past week. 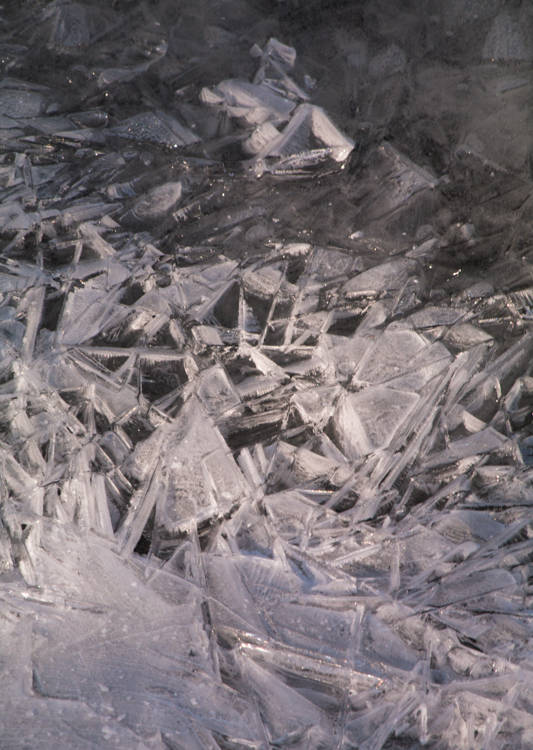 Near the remains of a beaver dam the water also flowed more slowly and the surface was covered with thin, new ice which, in turn, was covered in many places with “flowers” of frost, each two to four inches across. 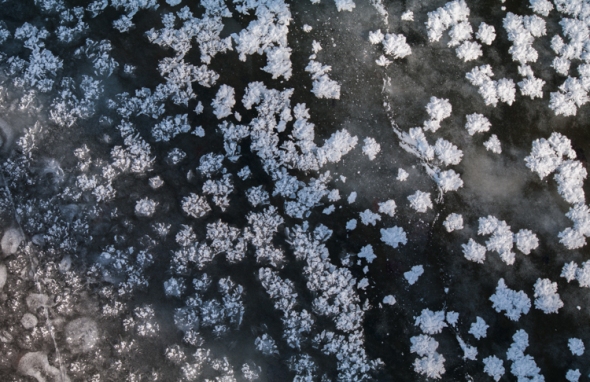 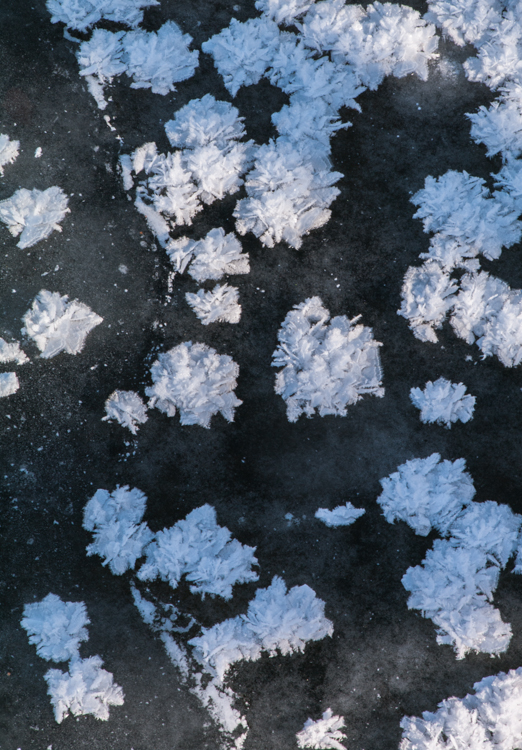 And the patterns of the swirling water reflecting light “frozen” by the camera are a delight to see, especially when juxtaposed with water that truly is frozen.