One of my favorite ways to go is by airplane. I always try to get a window seat and typically pick with side of the airplane based on where I can best photograph what we might fly over. Sometimes the window is all scratched and other times there are too many clouds, but much of the time the views are astonishing!

In some places, as is the case above made east of Sacramento, “civilization” meets a landscape that has been unchanged for hundreds or even thousands of years. 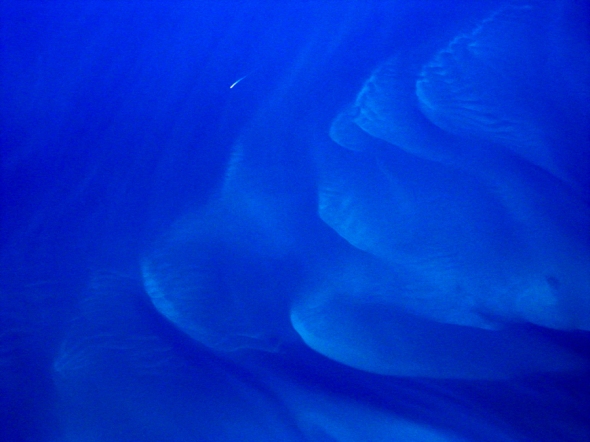 • Gulf Shoals and Boat
Any photographer who says serendipity doesn’t figure into their work is lying! As I flew back over the Florida Keys I saw the sand shoals below and then, suddenly, noticed a motorboat and its wake. Three clicks later and I was damned lucky to have this fine image. 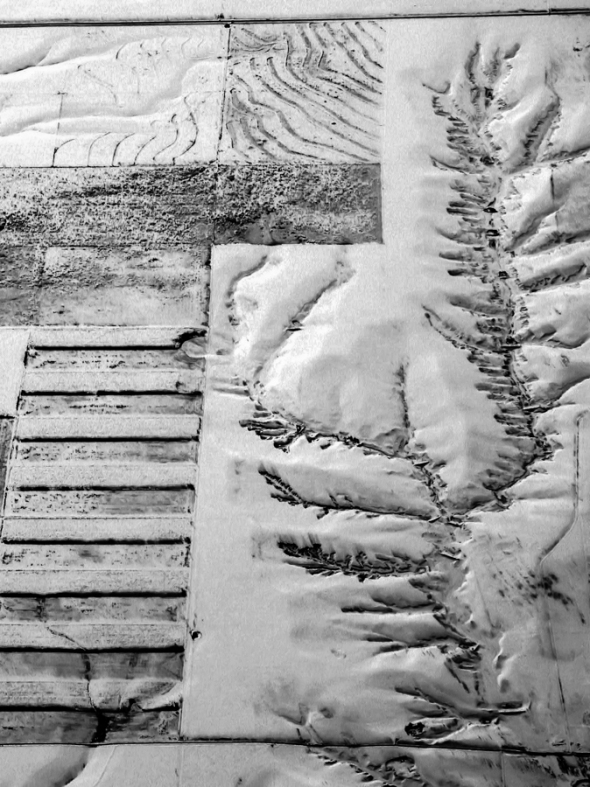 • Patterns of Fields and Stream
Somewhere over Iowa on a February day the whole world looks black and white even if there is a contrast between the fields humans have created and the drainage patterns of the stream.

These and other photographs are part of the show Saturday at Montpelier Arts Fest 2015.

Older: More ways to get where I’m going!
Newer: A shameless plug to support Wikipedia

One thought on “From the air”