When Liz and I were in London several years ago, we made a stop at one of our favorite museums, the Tate Modern. The building was formerly the Bankside Power Station so the main entry opens directly onto a vast hall where the electric power turbines used to be with large windows at one end. It is a magnificent space.

Our visit was cut short by our having misread the hours the museum was open. In the ten minutes we had until closing, Liz made a beeline to the gift shop and, not a fan of such place, I stood up on the mezzanine waiting and doing some people watching. It quickly became obvious the sun streaming through the far windows had turned the hall into one of the most remarkable scenes I’d ever seen, as evidenced by one of the many photographs I made. I left the Tate wondering “What if the museum had been open? Would I have even stopped to see this amazing scene?”

Last year I hung this photograph in a show at our wonderful, local alternative movie theater, The Savoy, and the owner fell in love with it and several others. He asked if he could use them as part of the promotion of the Green Mountain Film Festival, associated with The Savoy. Of course I was thrilled and donated them.

I just received the Festival mailer yesterday and was pleased to find my photograph on the cover. Again, I found myself asking “What if I’d not hung that show?” 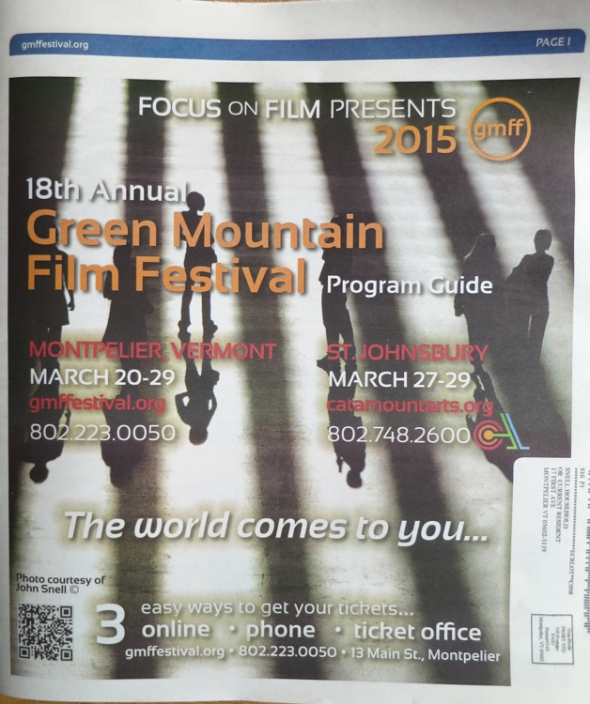 This photograph and two others will also again grace the downtown as banners announcing the event. 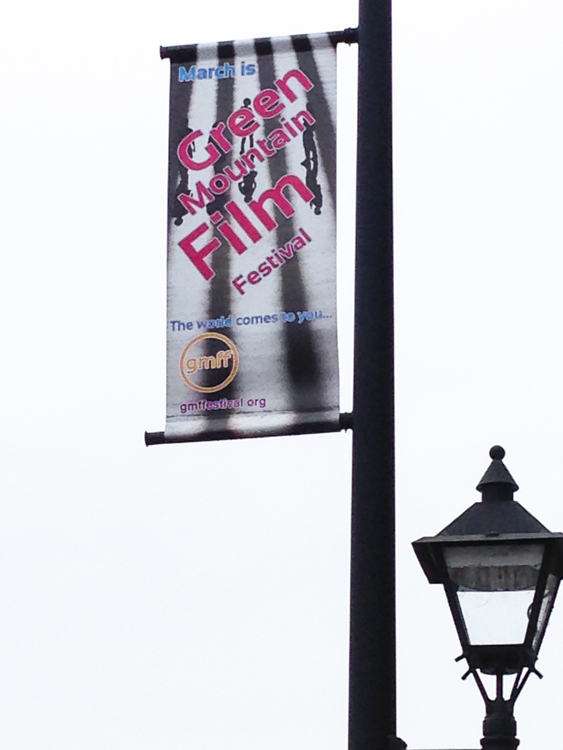 If you are in Montpelier March 20-29, enjoy some great films and the fine artwork! Thanks to GMFF for another great year of watching films.